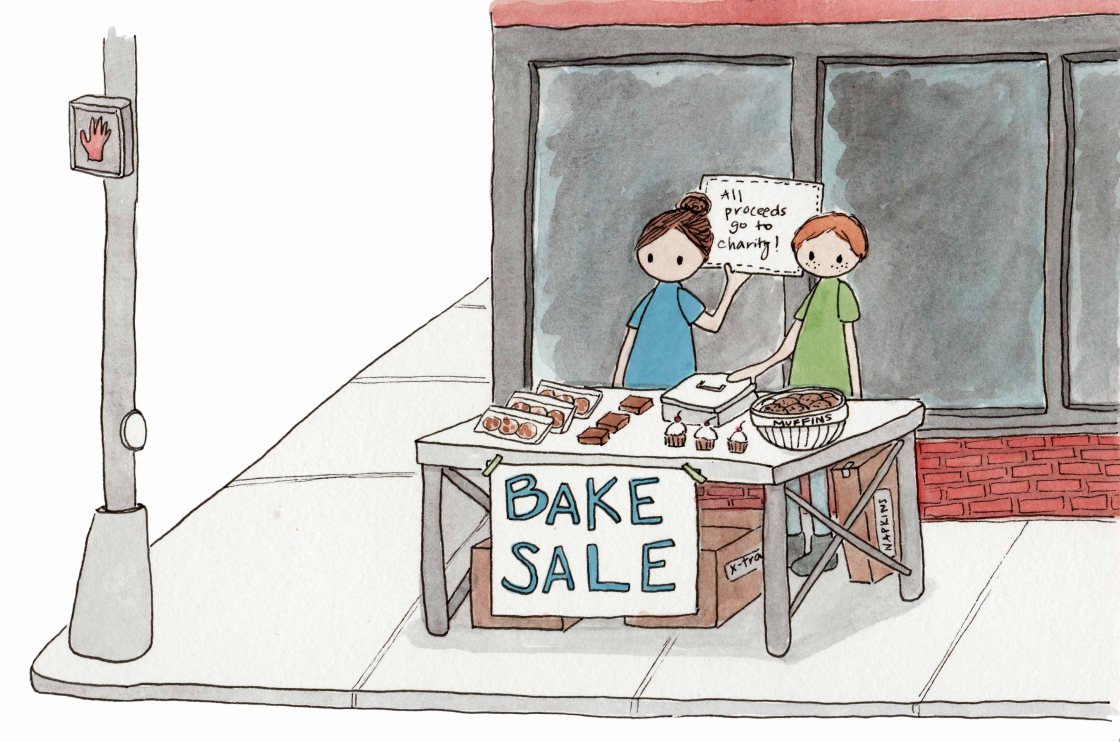 Do you suffer from Compassion Fatigue?

It all gets so overwhelming, doesn’t it? Life, relationships, current events…

I am actually so overwhelmed with things I want to type right now that I don’t even know where to begin… I guess I’ll start with my morning:

This morning I woke up.  Simple enough.  I got out of bed, went to the kitchen, made coffee, and sat down on the couch, ready to begin planning my goals for the day.  Recently, I have been working on a mock-up for a new children’s book about families.  When I was writing my last book, there was a point that I became pretty insecure about how, well, white my book was.  Racially white, I mean.  I think it may have ended up being alright, given that it was primarily an autobiographical tale and I am, in fact, white.  But I wanted to make sure that if/when I wrote another book I focused more on presenting diverse characters.  And so I have gone to the other end of the spectrum, it seems, from a rather small-niche book to an all-encompassing, inclusionary book focused on diversity, not only in race, but in belief, diet, parental working status, tradition, pet-ownership… etc.  And in doing research for that book this morning I came across a few YouTube videos that have my mind and heart all in a tangle.

I began by researching Diwali, the festival of lights originating in India. And then Native American Pow Wows. And then, as it apt to happen on the internet, I ended up on a slight tangent watching videos from an Op-Docs series by The New York Times. (which I highly recommend you checking out (A Conversation with Native Americans On Race))

And these left me with a chaos of emotions swirling within me. Heartbreak, love, compassion, anger, frustration, and a desire to do something.  To enter into the hard and awkward conversations about race.  To do what I can to help change this system that has and continues to oppress, neglect, belittle, confuse, and harm so many people.

There was an ad for organic, tax-free tampons by a company called Cora working to provide feminine hygiene products to women domestically and internationally.  Their website says: “menstrual products continue to be taxed as a luxury, further perpetuating economic inequality between men and women” and “millions of girls and women around the world stay home from school or work during their periods because they can’t afford menstrual supplies.”

AND THEN, I went to go log onto my computer to start writing (I had been watching/researching on my phone up until this point) and I am greeted by this picture of a melting glacier.

And this got me thinking about the fact that there is always one more thing.  One more thing to be sad about, enraged about, frustrated by.  One more way that this society we have created is messed up, unjust, and in need of repair.  That doesn’t in any way diminish the hard reality of the individual situations, but how do we decide what to focus on?  Sex trafficking, racism, child abuse, mental illness, financial fraud, environmental degradation, domestic violence, disease, poverty, hunger, political deception, lack of clean drinking water, terrorism?  Which of these problems is the worst, the most impactful, the hardest, the most readily fixable, the most important?  How do we know where to focus our time, energy, and attention? Because all of those things are so limited and the problems feel so unlimited. It sometimes feels hard enough to pay the bills, put food on the table, and get a decent amount of sleep, let alone to care about all the other stuff.

But Shifting Topics for a Second…

My husband recently told me about a conversation he had with an older gentleman at work.  This man, from my understanding of the summary of their conversation, was arguing that (in general) millennials have been so sheltered by their upbringing that they have been neglecting politics, allowing their parents’ generation to continue to make the political decisions for America. That, the majority of politicians now are so much older than they used to be and that the youth are too uninvolved.  By contrast, young adults during the Vietnam War were staging protests and joining the Hippie movement.  They were involved on a large scale and they cared deeply.

I have been thinking about this argument quite a bit over the past week, wondering if it is true.  Are we millennials just a bunch of selfish, entitled, disengaged chumps who are too lazy to care about anything more than our selfies and social media accounts? Have we been so sheltered that we don’t feel a sense of responsibility for the direction of our country, figuring that ‘the adults’ will take care of it?

Now, I don’t want this to turn into a “do millennials suck?” post… But I have been honestly wondering, should I be more involved?  Is this a generational flaw that will be our eventual downfall? Because, to be honest, I really am not very involved in politics.  I mean, I vote for president and stuff, don’t get me wrong.  But it just seems to be a dirty game of money, coercion, and power and I distrust the whole system. And I think a lot of my generation feels similarly.

And at the same time, we have lived through the 9/11 terrorist attacks, Columbine, the Clinton-Lewinsky scandal, the BP oil spill, the financial recession, the Virginia Tech shooting, the Iraq War, hurricanes, tsunamis, earthquakes, Sandy Hook school shooting, constant talk of global warming, Trevon Martin shooting…  And yes, I know, all generations have had really horrible events happen.  The Great Depression, Nazi’s in Germany, Hiroshima… But what is, I think, slightly different is that we have been inundated with these depressing stories our entire lives and everywhere we turn, brought to us on radio, television, podcasts, newspapers, and internet. And therefore, I think a huge reason for our perceived lack of involvement comes, not only from a distrust of the current systems, but from being so damn overwhelmed!

Basically, I think we are a generation suffering from a combination of emotional exhaustion and compassion fatigue.

Plus, even when I have found myself in a spirit of optimism, when I have tried to “do something good” for the world, I have so often ended up finding out that I may have not really impacted much at all, or worse, caused more harm than good. (Probably kind of how TOMS felt about their shoe-donation situation. Or some of the situations described in the book The Very Worst Missionary by Jamie Wright.) For example…

In college, a friend and I were leading an architecture club aimed at raising money and designing buildings for a specific “country in need.” We had set up a bake sale in downtown Blacksburg (if you’ve lived here you know the spot, that corner by Moe’s) and were happily selling brownies and such, proud of ourselves for being involved with something bigger than ourselves, when along walks a professor who starts chatting with us.  He asks what we are raising money for and, when we tell him, he drops just a few comments before walking away, leaving us in stunned and rather depressed silence.

So, what did he say that led to our eventual disbandment of the club and abandonment of our pursuits?  Basically, who are you to impose your white architecture on this rural, Latin American town?  What long term benefits can really come from this one building you hope to create? Are you sure you aren’t doing this out of white-guilt, lets-help-the-less-fortunate-to-stroke-our-own-egos mentality? He didn’t say that exactly… But in summary, the point he was trying to make was: you might be causing more harm than good.

And the thing is, I don’t disagree.  At the time, I was annoyed and hurt and confused, but in retrospect, I think we were naïve and ill-equipped.

Then take another example from when I was much younger, of picking up trash on the side of the road in my neighborhood for a Girl Scout project.  There’s no harm in that, you say… but let me tell you, once you spend eight hours scouring a section of land for trash, transporting huge bagfuls to the dump, only to find it a mess again a few months later, it tends to be pretty disheartening.

So take those personal experiences, add in the fact that an entire eight years worth of political changes can be undone once a new administration is put in place, and that organizations that we think are doing good are actually causing additional issues, and it’s kind of hard to feel like changes big or small can make much of a difference in this messed up world of ours.

Ummm… So… this has taken a rather depressing turn, hasn’t it?

What to do with all of this?

My answer is: I don’t really know.  I think that’s why I needed to write today… I need to process through why I sometimes feel so hopeless about the state of the world and what brought me to this point. Because maybe therein lies the key?  Perhaps? Who knows…

Though, what I do know is there are a lot of well-intentioned people in the world.  And I do think there are some companies and organizations truly trying and desiring to get to the root of these systematic problem.  And I know that giving up all together is most certainly not helpful.  And I know that ignoring and avoiding the problems won’t make them go away.  And I know that communication and empathy and diving into the complexities of the situation are all bound to be beneficial.

But the question that remains is, where to start?  Is writing children’s book enough? Is trying to positively influence the next generation enough?  What about voting with my money and purchases?  Is intentionally changing my habits and having conversations about race relations and reading articles and donating money to truly good organizations enough of a step to help deal with this overwhelming mess that we have created?

So, after all of my rambling, what are you thinking?  What do you do when you are overwhelmed with the state of the world?  Are you ever faced with analysis paralysis when considering what issue(s) you want to support/fight/stand for? I would love to have a conversation in the comments below, so feel free to share any thoughts you might have!