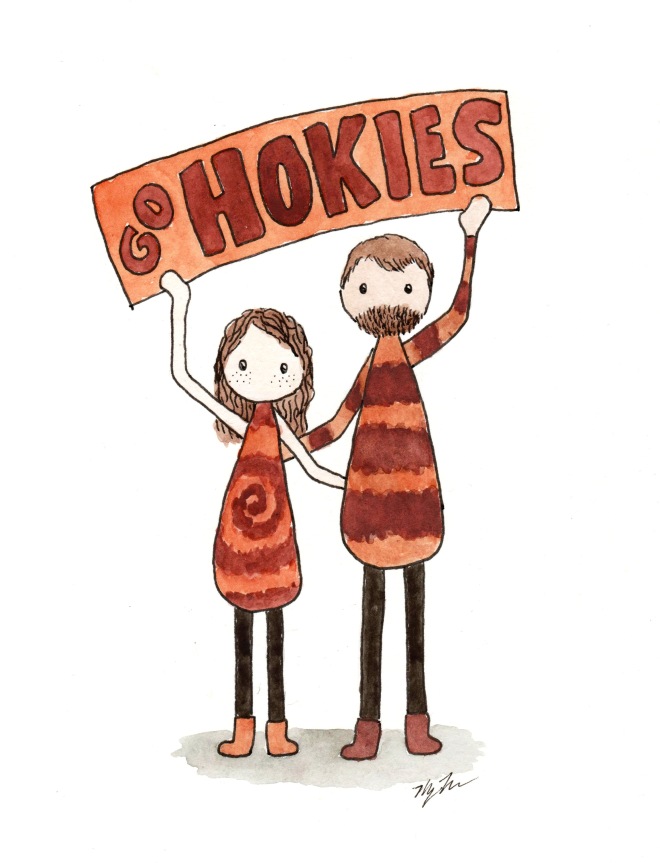 Funny story… so I was supposed to be writing a post on a completely different topic but then found myself on total tangent about how much I love the town I live in and all the memories I have made while living here. So here’s a post about:

(my current place of residence)

So, here it goes: I came to Blacksburg in 2011 as a freshmen in the architecture program at Virginia Tech.  I lived in the Honors dorm and went to football games and did the Hokie Pokey and worked in the on-campus coffee/ice cream shop called Deet’s (which greatly fueled my caffeine and sugar addictions simultaneously). Junior year I moved off campus and lived in a house with SIX other women/girls/ladies/whatever. We lived in an old house on Progress Street.

It was the kind of house that people would say has “character.”  For instance, one of the boys who had lived there before us had painted his room black and had been using a ping pong table as a door… so… ya. Character. We barely turned our heat on in the winter because we didn’t want to pay/couldn’t afford to pay the ridiculous heating bill and so instead we have loads of pictures of us with hats and blankets doing homework in our living room. (In retrospect, not entirely sure how the pipes never froze given how cold we kept everything…) We knew the guys living in the house across the street and that led to all sorts of pranks and shenanigans, which one day included us having raw hot dogs thrown onto our roof.

We nicknamed our place The Nook and some definite highs and lows of college took place there.  Everything from Christmas ornament decorating to the dreaded house meetings. From to game nights to passive-aggressive note leaving. I wouldn’t trade those memories for anything… But sometimes I also can’t help but wonder what those two years of college would have been like if I hadn’t been angry at our group text all the time. (lol?)

Anyway, so after The Nook, after everyone had graduated and left me to finish the last year of my five-year program, I got married and moved into an even more, ahem, character-filled building with my husband, Tre. Water damage in the walls, mold in the bathroom, smoke in the air, and rats in the floors… that was one ridiculous living situation.  We made it work for two years though.  And honestly the location was what made it all worth it.  Right near downtown we could easily grab pizza and beer at The Cellar, go on a date to 622 North, or shoot pool at Rivermill. And best of all, we were right across from the new Moss Arts Center, which has quickly become one of our favorite things about Blacksburg. 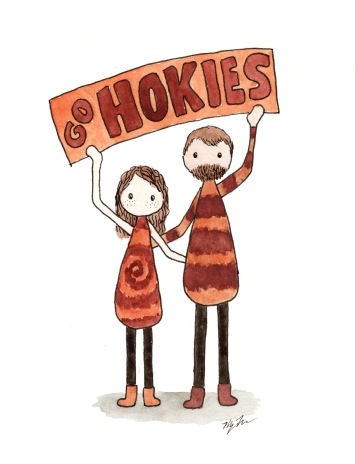 Our new location also worked wonderfully for when my parents came to town for football games. We had a guest parking pass and could walk to the stadium with relative ease and cheer for our beloved Hokies. I would inevitably get overwhelmed by all the noise and stimulation and someone would eat a turkey leg (that I would find moderately disgusting because, you know, ligaments and stuff).

That year was a bit of a shit show… first year of marriage and all… and some pretty big things happened.  But we got through it and eventually moved to our current apartment on the other side of town.  We love it here, as it is quiet and clean.  Tre (my husband) can still walk to lab on campus and guests can park for free. We still get to take advantage of downtown and the Moss Arts Center, but don’t have to worry about the drunken college kids on the street outside our window or the glaring light from our beloved Art Center. (They have this staircase on the side that is all lit up, and it is rather nice looking, but was always so bright right in our bedroom window.)

And speaking of the Art Center, we really have gotten to see some awesome performances there.  The first we ever saw was Brooklyn Babylon and it honestly still may be my favorite I’ve ever seen.  I mean, there was big band music, a movie-like story, and live painting. Tre’s favorite would probably be getting to see Yo-yo Ma.  We also have gotten to see dance performances, British ukulele musicians, and an intimate show about gun violence.  This place really has been an incredible addition to the town of Blacksburg.

And on the topic of additions to the to town, there are some fun new restaurants/shops that I still need to try out! One that I have been to, however, is Rising Silo Brewery.  A great little place out near Heritage Park on Glade Road, they have a good selection of beers and fresh-from-the-farm food.  It’s a low-key, kid-friendly atmosphere with a fire pit, outdoor seating, and live music.  If you are in town and haven’t been there yet, I definitely recommend it!

We also went to The Coop, a new bar/restaurant downtown where Pita Vera used to be… next to Moe’s on Main Street.  We went back in early July, on their third day of their soft opening.  It was their first day with a printed menu and they didn’t even have a drink menu yet! But it was a chill vibe and seems like a promising addition to downtown.

That same evening, we stopped by Sugar Magnolia, another new downtown shop.  This one has ice cream and a variety of gifts, from cute cards to books by local authors. I was too full from dinner at The Coop so I didn’t get anything to eat, but the ice cream sure did look yummy! 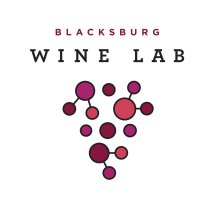 Some other new places I have yet to go include: Spicity (an Asian food restaurant by India Garden), FOAMO (a coffee and dessert shop by Mill Mountain), and J-Petal (Japanese crepes and Thai icecream).  Plus, John Boyer has successfully funded Blacksburg Wine Lab on Kickstarter and that should be an awesome addition to the Turner Street center (near Next Door Bake Shop and Five Guys).

Anyway, all that being said, I LOVE Blacksburg. I love the farmer’s market and Steppin’ Out and the ridiculous influx of students when the new semesters start. (Yes, I may complain about the traffic and how crowded Kroger gets, but the University brings so much to the area (and that’s why both Tre and I are here!) that I have a fondness for the seasonal craziness brought about by the students.) I love the small businesses and the yummy food and the opportunities provided by Virginia Tech for arts and sports events.  I love the Hokie community and the beautiful views of the mountains.

I have lived what feels like a lot of life here (seven years for a 25 year old is a long time!) and it’s the only place I have called home besides my childhood home of Southern Maryland. I have experienced so many things here, met so many people, made so new friends and memories.  Blacksburg will always have a special place in my heart.  ❤

Thanks for reading! And stay tuned for more art, pottery, and probably discussions about Blacksburg!